To ensure our students thrive at University and in the world of work we need to encourage creativity across all subjects. British author, speaker and international advisor on education, Sir Ken Robinson defines creativity as “the process of having original ideas that have value”.

Creativity prepares students for the jobs that don’t exist yet

You might be familiar with the notion of the creative industries, and that we are a creative powerhouse in terms of global arts talent. The Creative Industries are defined by the UK government as nine creative sectors or clusters, namely Advertising and marketing; Architecture; Crafts; Design; Film, TV, video, radio and photography; IT, software and computer services; Publishing; Museums, galleries and libraries; and finally Music, performing and visual arts.

The creative industries is subject to huge growth

However, there’s an important emerging message here regarding careers. You don’t have to be some kind of artist to work in the creative industries, nor to be creative. Having creative aptitudes is highly prized in all walks of life.

It’s now recognised the economy needs creativity and innovation across the piece- not just in the arts. As it happens, some 35 per cent of the total creative workforce is employed in non-creative sectors.

According to the World Economic Forum, creativity will be the third-most-important skill for employees by 2020, behind complex problem-solving and critical thinking. This has been a continuous trend- in 2010 a survey by IBM of more than 1,500 chief executive officers showed consensus: Creativity was ranked as the number one factor for future business success—above management discipline, integrity, and even vision. “The effects of rising complexity calls for CEOs and their teams to lead with bold creativity, connect with customers in imaginative ways and design their operations for speed and flexibility to position their organizations for twenty-first century success” it said. I’ve marked in bold the key words.

When NESTA investigated transferable skills, ‘creativity’ was consistently the most significant predictor for an occupation’s chance of growing, as a percentage of the workforce by the year 2030.

Researchers at Oxford University estimate that up to 35% of jobs in the UK could be replaced by machines in the course of the next 20 years. But a 2015 study by Nesta, ‘Creativity vs. Robots’ argued that the creative sector was to some extent immune to this threat, with 87% of ‘highly creative’ jobs in the UK having no or low risk of being displaced by automation.

AI will replace routine jobs, but non-routine creativity will be at a premium and in-demand.

“Creativity is essential in business because it’s a differentiator,” says Tucker Marion, an associate professor in Northeastern University, USA, “companies who are creative are more successful”.

As teachers we need to develop this skill in whatever subjects the students are being taught- arts or sciences. The message to students is clear- develop your creativity in whatever field you choose, and you’ll be future-proofing yourself for whatever comes along. We should remind all students that generating ideas that have value will be one of the key skills of the future. 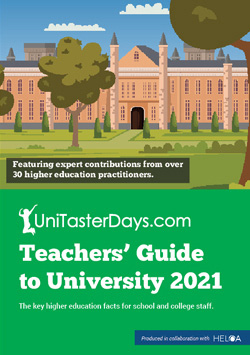 
The Teachers’ Guide has been produced by UniTasterDays.com in collaboration with HELOA - to support the university guidance that is provided in secondary schools and colleges.

Editorial has been provided by over 30 colleagues at universities throughout the UK, on topics including booking online university events, the Gatsby benchmarks, university CPD opportunities, arranging subject specific events and more.


New to UniTasterDays? Register Now for our newsletter which includes access to this FREE guide.

Already registered? Login to your control panel with your email address to download now!

Experts and celebrity names outside higher education have also supplied fantastic content, including Martin Lewis’s exclusive content on university fees and finance and graduate employability content from one of the UK's most successful business leaders, CEO of BT's Consumer Division, Marc Allera. 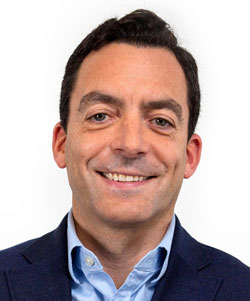 Best use of Tech
in Career Dev